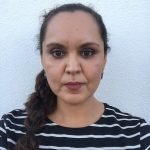 Luz Maria was born in Los Mochis, Sinaloa, and graduated in Architecture at the Instituto Tecnologico de Los Mochis. Luz Maria’s primary specialization is in architecture and general design, however, she has worked in the administrative aspects of the construction business as well. Luz Maria has been in Los Cabos working in architecture since 2003, however, joined the Encanto Design and Construction Service team for the developers in 2014. Luz Maria has proven over the years to be an extremely reliable and skillful architect. Luz Maria has designed or been a part of the design process on more than 30 luxury residences inside of El Encanto de La Laguna. Luz Maria is passionate about jogging, going to the movies, and discovering great new dining experiences in Los Cabos. She considers herself a lucky person to live in such a beautiful place.